House tours are offered daily at half past each hour. Last tour leaves at 4:30 pm.
Group tours by reservation. 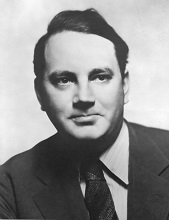 Considered by many to be one of the giants of 20th-century American literature, Thomas Wolfe immortalized his childhood home in his epic autobiographical novel, Look Homeward, Angel. Wolfe’s colorful portrayal of his family, his hometown of “Altamont” Asheville, North Carolina, and “Dixieland” the Old Kentucky Home boardinghouse, earned the Victorian period house a place as one of American literature’s most famous landmarks.

Tell Us About Your Visit to Thomas Wolfe Memorial

From Cradle to Grave: Walking in Thomas Wolfe’s Shoes